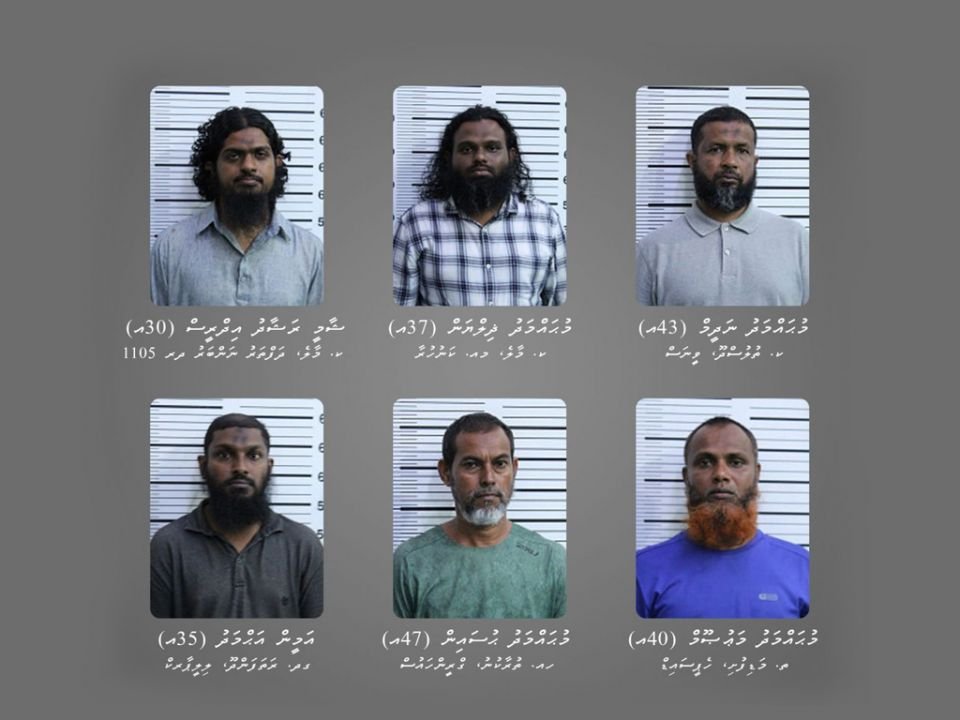 6 Individuals who were arrested at the Yoga Event/ Photo: Police

Police have revealed the identity of the 6 individuals arrested yesterday after a group of youth barged into Galolhu National Stadium to disrupt the Yoga Day events being held at the stadium.

The event was organized by the Youth Ministry and the Indian High Commission and many locals and foreigners took part in the early-morning event which was interrupted by the crowd who pushed through Police lines formed at the gates.

Police further said that once the suspects were taken to their remand hearings, the court had decided to keep 2 of them under police custody for a further 5 days while the other four had been remanded in custody for 2 months.

Police said that its Serious and Organized Crimes Unit is investigating the case. Police had also set up a special portal to collect photos and videos related from the public in relation to the incidents from yesterday morning.

They have also guaranteed that they would keep the identity of those who share pictures and videos through this portal.