Speaking at today's hearing, the ex-President, who is currently serving a 5-year jail sentence after being found guilty of money laundering and accepting bribes, said that because of an existing condition in his hip he found it difficult to sit in one place for a long period of time.

Yameen said his hip condition is serious and that he found it painful to sit in a chair even for two hours.

He said that he cannot be seated at long hearings in the current appeal trial where his defense team is working to overturn the jail sentence given against the former President.

After his comments, the Chief judge presiding over the trial, Judge Mahaaz Ali Zahir said that the court will take the matter into consideration and decide on the matter of holding long hearings.

The Ex-President is seeking to overturn the Criminal Court's decision issued against him on 29th November 2021 where he was found guilty of money laundering and subsequently given a jail sentence of 5 years and a fine of USD 5 million. 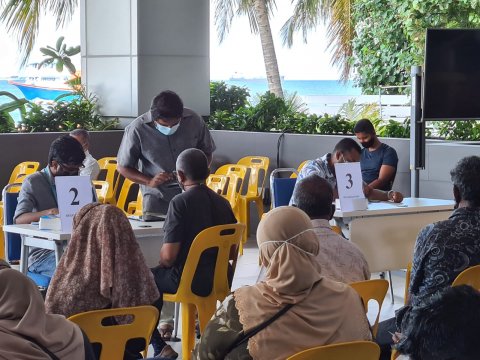